Hillary Clinton do enough to win over Bernie Sanders’ backers?

Orlando, Florida (CNN) Bernie Sanders got what he wanted here this weekend: A Democratic platform stamped in section after section by his progressive values. 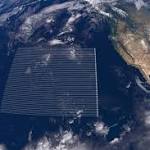 As scientists look to find a way to rid the infamous Great Pacific Garbage Patch of thousands of tonnes of waste plastic, a prototype ocean cleaning system has been deployed in the North Sea off the coast of the Netherlands.

Alabama State Trooper Rapes Accident Victim; Gets Six Months To Be Served ‘At His Own Discretion’

Alabama State Trooper Samuel H. McHenry II, 36, pleaded down original charges of rape and sodomy to misdemeanor sexual misconduct, and he received a sentence of six months of jail time, according to The Daily Beast. 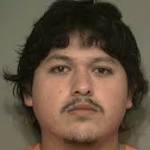 A Texas cop raped his prisoner on video, while the entire department watched. Now the victim is suing the town of 4,000 residents for $5,000,000.

Unsurprisingly, a racist cop is racist.

What do we know?
What do we understand?
What is the logical conclusion?

This will be an acion packed episode.

There is still news and comment.
We also have major personal jounal updates, along with trying to figure out how we’ll be scheduling the program going forward.

Shout out to all the homies that came through on patreon and paypal to put us here.
We’d be lost without you.

Let’s get the second half of this year rolling.