A Lowell police officer has been arrested after being accused of impregnating a 14-year-old girl, officials told Channel 9.

Channel 9 reporter Ken Lemon broke the story Wednesday on Twitter and spoke to the girl’s mother. The State Bureau of Investigation is investigating the case.

James Blair was taken into custody Thursday afternoon after being arrested at the teen’s house. SBI agents were there talking to the family when Blair showed up, officials said.

Blair is charged with one count of statutory rape and more charges will follow, officials said. His bond was set at $1 million.

“My heart was broken,” the girl’s mother told Channel 9.

She said Blair volunteered to mentor her children. She said she was reluctant at first, but then agreed to it because he was a police officer.

Blair and the woman’s daughter had been texting on her phone, the mother said.

She said she then discovered text messages indicating that he took advantage of her daughter.

Channel 9 is not identifying her.

“He tore my life apart,” the mother said.

She said the veteran officer came to her home asking to connect with her 14-year-old daughter, who had run away before, and her sibling. 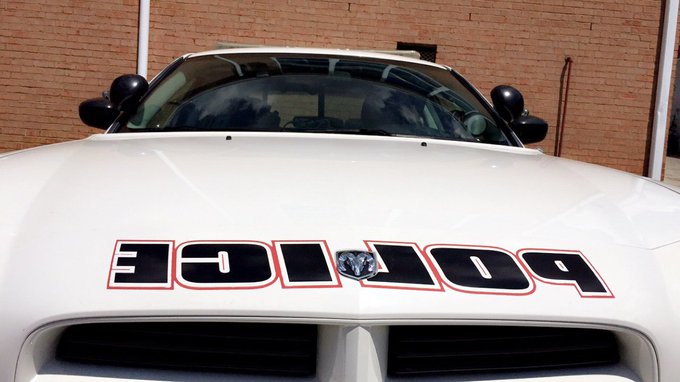 The SBI is investigating a Lowell policeman accused of inappropriate contact with a now pregnant minor.

“To show them, ‘Hey, policemen are good,’” the mother said.

Blair would visit often and even took them on a trip.

Then the mother discovered text messages that indicated her daughter was pregnant and that Blair was the father.

One of messages, which is in the hands of the SBI, states, “If you keep that baby I’m done and you know it.”

Another said, “Do whatever you wanna do, just remember I love you and name it after me.”

She went to Gaston County police about two weeks ago and they contacted the district attorney. He asked the SBI to investigate.

“I did meet with him. I told him how bad he broke my heart. How he betrayed my family,” the mother said.

She said Blair had inappropriate contact with her daughter at his home and in his patrol car, and told Channel 9 that he confessed to her.

“He told me he took her virginity. He told me it was his baby. He told me things happened and he said he was so sorry. And he kept saying, ‘Please forgive him,’” she said.

She said then Blair asked her to do something that she considered unimaginable.

Blair has been on medical leave for the past 80 days, which started before the investigation began.

The girl’s mother said she may not have known what was going on if she didn’t read it on her phone.