An “atmospheric river” has caused disastrous weather conditions and massive flooding in California and Nevada. The storm surge is stretching all the way from Hawaii.

The tree was hollowed out during the 1800s to allow tourists to pass through it. This part of the Big Trees Trail has only been accessible to hikers in recent years, but early cars had once driven through it during the beginning part of the last century. 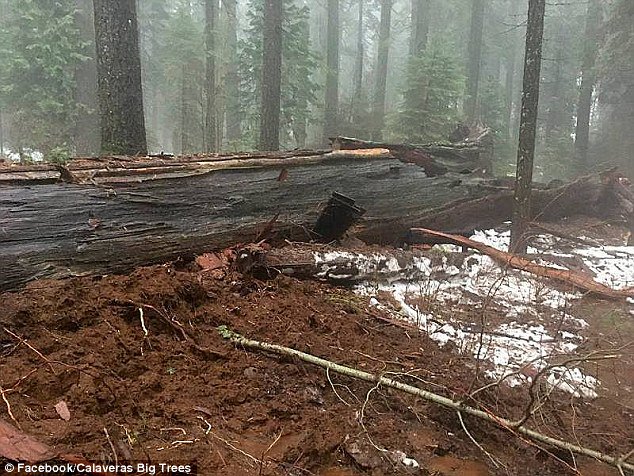 Hundreds of homes in the northern region of Nevada were evacuated as the atmospheric river rolled on and flood waters rose, ABC News notes. Massive thunderstorms hit northern California as the worst winter storm to hit the state in a decade struck the region.

Emergency work crews in California worked diligently to clear debris and trees on Sunday after mudslides caused by heavy and consistent rainfall, dumped 15 inches of precipitation in the foothills of the Sierras. The storm began moving east on Monday, but weather forecasters are warning a second storm is expected to hit the already water-logged area this evening. 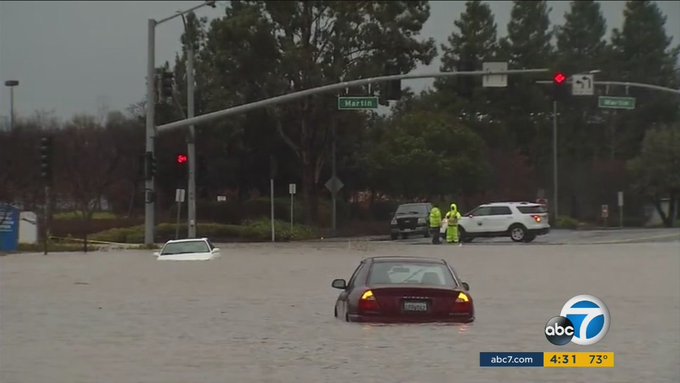 Atmospheric river flooding has caused Nevada officials to call for a voluntary evacuation of about 400 homes in the Reno area. Truckee River left its banks and drainage ditches and started to flow onto U.S. Interstate 80 on Sunday.

No flood-related injuries have yet been reported in Nevada, but high water has forced numerous roads in the region to close. Bridges in the downtown Reno area and several interstate ramps have also been closed.

“It’s imperative that if you have a business in the area, to take flood precautions now,” Sparks Mayor Pro Tempore Ron Smith told local reporters. “If you do not need to be in the area, please stay away from the city’s industrial zone to allow members of the public to prepare to protect their property.”

Interstate 80 has now been closed in both directions between Truckee and Donner Summit. The Eastbound lane is closed due to downed power lines across the roadway. The westbound lane has been closed due to snow and mudslides. An avalanche also closed the part of Mount Rose Highway that connects Reno to Lake Tahoe – for the second time in three days. More than six feet of snow fell in the Sierra region last week.

Flooding and toppled trees in Northern California crashed against homes, vehicles, and caused at least two deaths over the weekend. An unidentified woman was struck and killed by a falling tree while taking a walk on a San Francisco Bay Area golf course on Saturday.

Rescue divers pulled an unconscious driver from his vehicle after it became submerged on the road near the Oakland International Airport on Sunday. The unidentified man was transported to a local hospital where he later died.

“For forecasters who’ve been here a decade or more, this is one of the most impressive atmospheric setups that we have seen in a long time for potential flooding in the region,” National Weather Service meteorologist Chris Smallcomb, said. “If you had to write a textbook on how to get a flood in the region, you would use a scenario just like this.”

All roads leading to Yosemite National Park have been closed amid concerns the Merced River would bulge out of its banks and cause substantial flooding.