Seahawks defensive end Michael Bennett will not be going to Israel on a trip with other NFL players sponsored by the Israeli government.

He sent out a tweet simply stating he wasn’t going to go on Thursday, and then on Friday, he shared a letter he wrote to “the world” that explains his full reasoning for backing out of the trip. 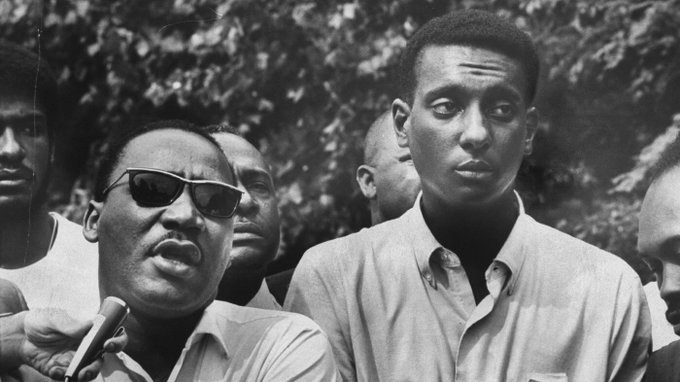 Im not going to Israel

Bennett wrote that he decided not to go when he first found out his “itinerary was being constructed by the Israeli government for the purposes of making me, in the words of a government official, an ‘influencer and opinion-former’ who would then be ‘an ambassador of good will.’”

“I will not be used in such a manner,” Bennett continued. “When I go to Israel — and I do plan to go — it will be to see not only Israel but also the West Bank and Gaza so I can see how the Palestinians, who have called this land home for thousands of years, live their lives.” 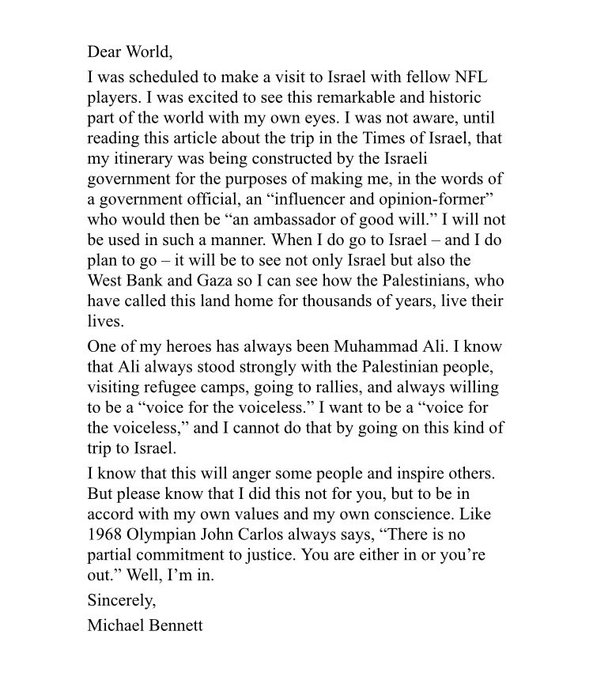 Bennett then went on to mention how Muhammad Ali is one of his heroes, and how “Ali always stood strongly with the Palestinian people,” and said that he wants to be a “voice for the voiceless.”

Bennett’s words have influenced at least one other player who was scheduled to go on the trip to do the same and cancel.

This comes after an open letter from athlete-activists, organizations and others to all the NFL players going to Israel in the government-sponsored trip was published at The Nation.