A court in the Philippines has upheld a jail sentence for a US Marine found guilty of killing a trans woman. Joseph Scott Pemberton was back in 2015 found guilty of homicide for killing Filipina trans woman Jennifer Laude, avoiding a murder charge.
See realtime coverage »

WRAL.com reports that House Speaker Tim Moore said last Wednesday that a bill filed Tuesday that would outlaw same-sex marriage in North Carolina and refuse to recognize same-sex marriages performed in other states was effectively […]

NewNowNext reports that leaders in Chechnya are now threatening journalists who attempt to report on the concentration camps for gay men that have been formed in the Russian republic. Read the full story from NewNowNext 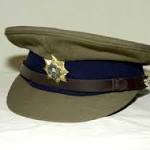 Terrence Mawawa, Masvingo|A Zimbabwe Republic Police (ZRP), has been dragged to court for allegedly raping and infecting a minor with a Sexually Transmitted Infection (STI), it has emerged.

Advocate.com reports that the gay man who outed a fellow Survivor contestant as transgender to ostensibly avoid elimination on this week’s episode has now been fired from his job as a real estate agent, according […]

Working with Refugees Engaged in Sex WorkRefugees engaged in sex work are little discussed within humanitarian circles; while there is some awareness that the practice is not uncommon, few know how to respond. The Women’s Refugee Commission developed this Guidance Note in partnership with the Organization for Gender Empowerment and Rights Advocacy (OGERA), a grassroots organization of refugee sex workers in Kampala, to raise awareness and initiate a conversation about how we strengthen protection and access to vital services for refugees engaged in sex work. The main audience of this Note is humanitarian actors operating at the global and field levels. This refers to staff working in health and protection and/or for the UN Refugee Agency (UNHCR) or one of UNHCR’s implementing or operational partners.

GayStarNews reports that Dove is being applauded for featuring a transgender mom in their new advertising campaign for #RealMoms. Read the full story from GayStarNews

Trying To Get Our Tax Refund