HRC was horrified to learn of the death of Brenda Bostick, a transgender woman found with severe injuries on a Manhattan sidewalk on the evening of April 25. Ms. Bostick was hospitalized, but died of her injuries Thursday. The New York City medical examiner has ruled her death a homicide, making her at least th

e 10th transgender woman killed in the U.S. this year.

New York police have not identified anysuspects in Bostick’s murder, NBC 4 reported, and authorities are asking the public to share any information about the attack. Police also have not said whether Bostick was attacked near Seventh Avenue and 29 Street, where she was found unconscious, or whether she was moved there after being assaulted elsewhere.

Though few details about Bostick’s life have been reported, she is believed to have been homeless at the time she was attacked, according to the New York Post. As HRC and the Trans People of Color Coalition explained in A Matter of Life and Death, released last November, homelessness is a major path by which bias and discrimination put transgender people at risk for violence.

Transgender people face extraordinary rates of homelessness exacerbated by discrimination in education, employment and housing, according to the 2015 U.S. Transgender Survey conducted by the National Center for Transgender Equality. Nearly three in 10 survey participants had been homeless at some point in their lives. Of that group, more than a quarter had avoided shelters because they feared discrimination, while 70 percent of those who accessed shelters were harassed, assaulted, kicked out, or otherwise mistreated because they were transgender.

The vast majority of transgender murder victims in the U.S. are women of color. This year, nine of the ten victims—including Bostick—were Black women, along with an Oglala Lakota two-spirit woman killed in January. Bostick’s death of a transgender person reported in New York this year. In 2013, Islan Nettles died after being attacked in Harlem by a group of men who shoulted anti-transgender slurs at her; a 24-year-old man later pled guilty to manslaughter in her death.

To learn more about violence against transgender people, click here to read A Matter of Life and Death from HRC and the Trans People of Color Coalition.

A 40-year-old transgender woman was allegedly attacked by two men on a motorbike late on Monday night/early Tuesday morning at the Secunderabad Bus Station, and instead of helping her, the police reportedly did not take her complaint seriously. She was returning home at around 2am, when two men threw a handful of chilli powder on her face.

The incident came into light on Wednesday, after a Hyderabad-based a transgender rights activist, Rachana Mudraboyina, posted about the incident on her Facebook page.

“Though she and a few others from the transgender community alerted a police patrol vehicle about the incident, they did not seem to bother about the safety of the community,” alleges Rachana.

“Hyderabad…still not safe space for Trans people mostly in odd hours as there are no alternative livelihood options..hatred, transphobia and inhumanity,” Rachana posted.

However, this is not the first such incident that members of the transgender community in the state have faced, says Rachna. The activist said that more than 90% of transgender persons face harassment almost every day.

“A few days back, a trans woman was attacked with stones on the same road. She started bleeding really badly, and we took her to the Gandhi Hospital. She lost her vision partially. Such incidents happen every single day,” she alleged.

The police however denied any knowledge of the incident. “We do not know about this case. No such case has been registered, but I will inquire on this matter,” said Inspector Uma Maheshwar Rao.

Rachana claims that the there are no streetlights and CCTV cameras on the street. And as there are no safety measures, such incidents are rampant in Hyderabad, she said.

“There are no laws that can recognise our problems, so there is no question of justice. I know several cases where trans women have been gang raped, but no action has been taken,” she added.

In April 2014, the Supreme Court in the NALSA verdict gave transgender persons the right to self identify their gender. The court further directed the Centre and the states to ensure the safety of transgender persons, and provide reservations in education and employment. However, little has been done in this regard.

“Most of the trans women are either beggars or sex workers. We don’t like this profession, but we don’t have a choice,” Rachana says.

A 40-year-old transgender woman was allegedly attacked by two men on a motorbike late on Monday night/early Tuesday morning at the Secunderabad Bus Station, and instead of helping her, the police reportedly did not take her complaint seriously. 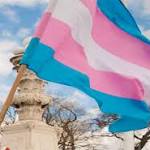 Trans refugees attacked in Leros camp by group of 20

The two trans people, who were staying in a UNHRC camp in Leros, were set up on by the group which is made up mostly of men.

One victim had to receive hospital treatment after the attack which was carried out by the men who ride motorcycles and wear hooded clothing.

The women were believed to have been walking towards a refugee centre on the island which is run by the UNHRC when they were attacked from behind with a wooden rod.

Greece’s Transgender Support Association (GTSA) has deemed the attack as racists as the attackers terrorise and mock refugees.

The GTSA said that the police are “not doing anything about” the incident.

It is believed the attack is the third in a number of attacks being carried out by the group.

The GTSA has urged the state and the UNHCR to take necessary precautions to protect refugees from further attacks.

Greece rejected an asylum claim from a gay Syrian refugee last year and ordered the man to return to Turkey after they ruled that claims he could be persecuted for his sexual orientation in his home were deemed “unreliable”.

LGBT charity London Friend has launched a new service to support refugees who identify within the LGBT spectrum.

The project will provide social, emotional, and educational support, with regular workshops helping LGBT asylum seekers and refugees to become active citizens in the UK.

A gay refugee seeking asylum in Germany had their application initially refused after he was allegedly assaulted by police, but told he only has himself to blame.

He told an asylum hearing he was arrested for his sexuality, and once in police custody physically and sexually assaulted.

However, after fleeing North Africa officials in Germany told him he should have done more to report the abuse.

“Possible lapses of individual police officers cannot be transferred to the entirety of the Tunisian state’s security forces,” the Federal Agency for Migration and Refugees (BAMF) said in their decision.

“The applicant has to attribute his behaviour to himself.”