For Episode 700, we have none other than a regular episode of The Wine Cellar. 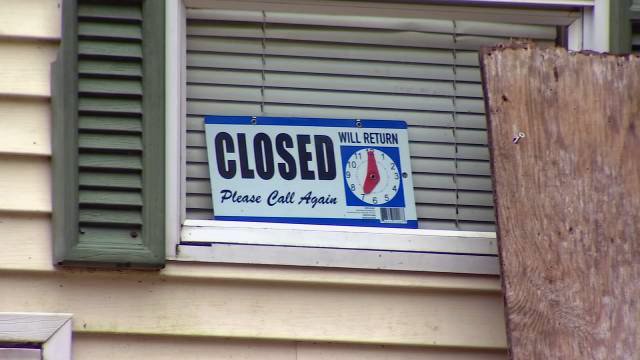 A Florida couple was arrested last week after they were caught allegedly selling drugs out of a drive-thru window they constructed out of the side of their mobile home.

William Parrish Jr. and McKenzee Dobbs of Ocala, Florida, were arrested on August 23 after investigators raided their mobile home following reports of four drug overdoses in the area, WFTV reported.

Ocala Police said the couple had turned a kitchen window into a drive-thru so customers would not have to constantly enter and exit their home, potentially drawing unwanted attention, WFTV reported. The house had signs directing people where to drive and indicated whether it was open or closed, police said.

“We were seeing some overdose incidents that were happening in this particular area, specifically at this particular location,” said Ocala Police Capt. Steven Cuppy. “There [were] some heroin sales that were going on there. Subsequently, through the investigation, we were able to determine that product was laced with fentanyl.”

Parrish, 32, was charged with driving under the influence, keeping a dwelling used to sell drugs, possession of drugs with intent to sell and resisting arrest without violence, according to Marion County Sheriff’s Office inmate records.

CALIFORNIA GIRL, 15, RAN POT SHOP OUT OF HER BEDROOM AND MOM ALLOWED IT, INVESTIGATORS SAY

William Parrish Sr. told WFTV his son had been “trying to get himself straightened out” and maintained reports of overdoses were a “lie.”

Ocala is located inland, about 66 miles west of Daytona Beach.

Off The Beat: Man jailed after ‘wet willy’ caper in St. Lucie County

Joseph Sireci, of the 1000 block of Trinidad Avenue in Fort Pierce, was arrested on a battery charge after the Aug. 15 incidents.

A St. Lucie County sheriff’s deputy went to Sireci’s listed address. His girlfriend said Sireci was drunk on the living room floor when she got home from work.

The girlfriend said Sireci accompanied her and her daughter to another home where Sireci “continued to drink and be belligerent,” an affidavit states.

On the way home, she said, Sireci started grabbing her hand and pulling her arm.

A Florida restaurateur is accused of shooting into the home of a perturbed diner who took a shot at the restaurant in an online review.

Norman Auvil, 42, of Orlando was arrested Thursday and charged with “shooting into a dwelling and abuse of a disabled adult.” Orange County Sheriff’s Office said Auvil was drinking beer with the restaurant owner’s son, Michael Johnson, who was upset about the review.

The men found reviewer Monica Walley’s address and drove to the home. WFTV reported Auvil was in an SUV with Johnson at the time of the incident before Auvil allegedly shot into the home three times.