Food inspections by the FDA have been sharply reduced, alarming critics 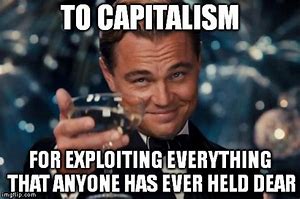 The furloughing of hundreds of Food and Drug Administration inspectors has sharply reduced inspections of the nation’s food supply — one of the many repercussions of the partial government shutdown that are making Americans potentially less safe.

The agency, which oversees 80 percent of the food supply, has suspended all routine inspections of domestic food-processing facilities, FDA Commissioner Scott Gottlieb said in an interview. He is working on a plan to bring inspectors back as early as next week to inspect facilities considered high-risk because they handle sensitive items such as seafood, soft cheese and vegetables, or have a history of problems.

CHICAGO (Fox 32 News) – A 17-year-old boy accused of fatally shooting a transgender woman last year in a secluded area on the South Side was ordered held without bail Sunday.

Tremon T. Hill was charged with first-degree murder in the Aug. 13 slaying of Dejanay Stanton, a 24-year-old trans woman he was in a sexual relationship with, Cook County Assistant State’s Attorney Britt Steinberg said at a bail hearing in the Leighton Criminal Court Building.

Stanton received a text from Hill the morning of her killing asking her to meet him in a lot in the 4000 block of South Calumet Avenue in Bronzeville, Steinberg said.

“TSA has determined standard procedures were not followed and a passenger did in fact pass through a standard screening TSA checkpoint with a firearm at Hartsfield-Jackson Atlanta International Airport on the morning of January 3,” the release states.
The passenger had forgotten the firearm was in their carry-on luggage, the TSA said. The incident was not part of a test.

Kentucky Sen. Rand Paul is going to Canada for surgery 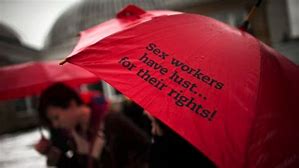 Kentucky Sen. Rand Paul, one of the fiercest political critics of socialized medicine, will travel to Canada later this month to get hernia surgery.

Paul, an ophthalmologist, said the operation is related to an injury in 2017 when his neighbor, Rene Boucher, attacked him while Paul was mowing his lawn. The incident left Kentucky’s junior senator with six broken ribs and a bruised lung.

He is scheduled to have the outpatient operation at the privately adminstered Shouldice Hernia Hospital in Thornhill, Ontario during the week of Jan. 21, according to documents from Paul’s civil lawsuit against Boucher filed in Warren Circuit Court.

Fortnite is one of the biggest games of this decade, and it rose to prominence in a very seemingly organic way. Tim Sweeney, the game’s creator has been at work for decades in fact, developing different, intricate and interactive realms in the digital world for players.

However, now he’s making headlines for something even more interesting. In the 1990’s, he founded his video and 3-D software company Epic Games. He’s been at work longer than you might expect, with Epic Games producing such titles as Gears of War, Unreal Tournament, and one of the most popular games of this decade especially among the younger people, Fortnite.

He became a billionaire, and his transition to becoming a philanthropist does not seem fake for a billionaire, for once. He’s trying to use his resources to protect the beautiful western Carolina mountains. 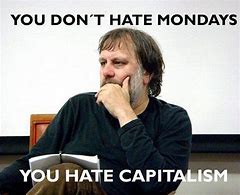 Employees requested officers to ban a woman from the local Walmart store after she reportedly had been drinking wine from a Pringles can for several hours while riding on an electric cart.

The incident began shortly after 9 a.m. Friday when officers responded to a call to check on a suspicious person in the parking lot of Walmart, 2700 Central East Fwy.

Two women in North Carolina have been arrested and charged with second-degree kidnapping and sexual battery of a transgender woman in a women’s bathroom.

Investigators said that Amber Harrell, 38, and Jessica Fowler, 31, followed an unnamed 29-year-old woman into the bathroom at Milk Bar last month, and locked the door. They proceeded to allegedly verbally and sexually assault her, according to the police report.

The woman called 911 the day after the incident, telling the dispatcher that Harrell and Fowler exposed themselves to her and began touching her.

Software specialist Synamedia is touting a new technology that it says can track down users who share accounts and passwords for streaming services such as Netflix.

The U.K. based firm is showing off the software at the Consumer Electronics Show in Las Vegas. The technology, it says, “combats the rapid rise in account sharing between friends and families, turning it instead into a new revenue-generating opportunity for operators.”

The Credentials Sharing Insight software could have a major impact. Synamedia cites statistics from media research firm Magid, which say that 26 percent of millennials share passwords for video streaming services.

A judge in Connecticut has granted the families’ discovery requests, allowing them access to, among other things, Infowars’ internal marketing and financial documents.

The judge has scheduled a hearing next week to decide whether to allow the plaintiffs’ attorneys to depose Jones.

The plaintiffs include the parents of five children who went to the school as well as family members of first-grade teacher Victoria Leigh Soto and Principal Dawn Hochsprung, according to a statement from the plaintiff’s attorneys.