FULL PATREON ONLY EPISODE AT ANY AMOUNT

WHITE NATIONALISTS FROM AROUND THE WORLD ARE MEETING IN FINLAND. HERE’S WHAT YOU NEED TO KNOW.

Far-right extremist groups from around the world have, for years, been quietly working behind the scenes to amplify their messaging through forging international alliances. And they’ll be building those bonds in person this weekend in Finland, at an event that underscores the growing internationalization of the white nationalist movement.

The second annual “Awakening” conference, to be held in the coastal city of Turku, comes less than a month after a shooting at two mosques in New Zealand left 50 dead. The suspected gunman, an Australian national, posted a manifesto online the day before the attack which revealed an intimate familiarity with the ideas and symbols of the modern far-right movement.

House Bill 896 would criminalize abortion and classify it as a homicide. Women who have abortions could be sentenced to the death penalty.

How essentially one is okay with subjecting a woman to the death penalty for the exact… to do to her the exact same thing that one is alleging that she is doing to a child,” said State Rep. Victoria Neave, a Democrat from Dallas.

The hearing in the House Judiciary Committee wrapped up at 3 a.m. Tuesday.

The bill now goes before the full Texas House for debate.

A white man was accused by police but not arrested for shooting and killing his Black neighbor in Texas last month during an apparent argument. The victim’s family members were frustrated by police inaction in yet another apparent example of white privilege in a possible race-based self-defense case.

The Fort Worth Police Department said there were no updates to the investigation into the March 25 killing, WFAA-TV reported. They would only confirm that 57-year-old Kevin Battle, who was shot while holding his 5-year-old grandson’s hand, was killed by his still-unidentified neighbor while standing on the suspect’s front porch of their duplex.

“Homicide detectives found that the victim and a suspect were involved in a verbal argument near the threshold to the suspect’s residence,” Fort Worth Police Officer Bradley Perez said Monday. “The suspect fired multiple rounds striking the victim as a result of this argument. The suspect then called 911. The suspect was interviewed in reference to this investigation, but was not arrested.”

Tarrant County Medical Examiner’s Office said Battle had gunshot wounds to his head and face. The examiner ruled the manner of death as a homicide.

The police did not identify the suspect, but Twitter users said the know his name. 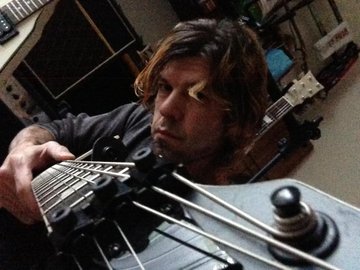 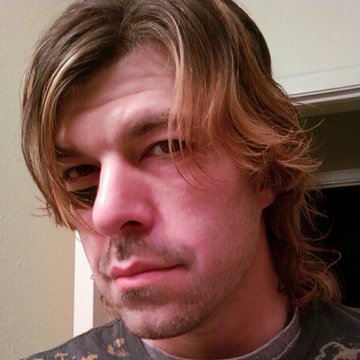 Meet Mark Walter Jabben of Fort Worth,TX, a white supremacist who harasses his Black neighbors. After harassing a five-yr-old, Kevin Battle, the boys grandfather confronted him. Mark shot him in the head & killed him.@fortworthpd have not arrested him.https://www.star-telegram.com/news/local/crime/article228417664.html …

Battle’s family said the two men had a dispute days before the killing that involved the shooter hurling a racist slur, according to the local CBS News affiliate.

COLORADO SPRINGS, Colo. – “We’re not seen as humans by some people,” said Emmit Davis, a transgender man in Colorado Springs brutally attacked with his partner by a group of men.

Davis and his partner of 6 months pictured above.

The attack happend this past Saturday as Davis and his partner were sitting outside on their porch.

“For it to happen in our own front yard, it was pretty terrifying,” he said.

Davis said three men jumped over the fence to his property on the southeast side of town.

“They started immediately saying ‘look at those d****’ … you know, homophobic slurs.”

Davis he tried to get them to stop, but the group quickly became violent.

“[The right] side of my face was completely unrecognizable,” said Davis. “It really sparked a fire in my community.”

The right side of Davis’ face was swollen up after all three men beat him to the ground, pounding his eyes, and screaming racial slurs.

As it turns out, hate crimes like this are on the rise.

Prominent local criminal defense attorney Leslie Ballin has taken on the case of an Arkansas woman accused in the fatal shooting of a Mississippi Boulevard Christian Church pastor, entering a not guilty plea on her behalf Tuesday.

Latoshia Daniels was not present for her initial appearance in Collierville Municipal Court. She is scheduled to return April 23, and Ballin said he hopes bond will be set at that time.

The shooting occurred at the Meridian Park Apartments. Perry died early Friday at Regional One Hospital.

According to a Collierville police report released Monday, Daniels drove from Little Rock and showed up at the apartment of Perry and his wife, Tabatha Perry, with a loaded 9 mm Ruger in her jacket pocket along with extra ammunition.

Ballin said he and Erika Ruch were contacted by Daniels’ family and signed on shortly before Tuesday’s court appearance.

“We are very new to the case, as of just moments ago,”  he said after the hearing.

Ballin said he is serious about the not guilty plea.

“We mean it,” Ballin said. “There’s a lot to do for this family … In the end, we are at the very beginning.”

Added Ballin: “This family is not used to this kind of trouble.”.

He noted the case was similar to that of Mary Winkler, charged with killing her minister husband in West Tennessee. Ballin represented Winkler, who was convicted in 2007 of voluntary manslaughter.

“We are at the very infancy of this homicide charge,” Ballin said of Daniels’ case.

As a Little Rock resident, Ballin said her residency could affect the bond since her ties to Shelby County are weaker than those of residents.

Before Perry was executive pastor at Mississippi Boulevard, where his ministries included couples, he was pastor of assimilation at St. Mark Baptist in Little Rock. In that role, he was responsible for assisting new members, according to his LinkedIn page.

Daniels is a clinical social worker who received her doctorate degree in social work last year from Walden University, an online school, according to social media. She is a certified anger management specialist.

Louisiana Gov. Bel Edwards on Thursday described the three fires that destroyed predominantly black churches in rural Louisiana as an “evil act” committed by the son of a sheriff’s deputy.

Louisiana State Fire Marshal “Butch” Browning, at a Thursday morning press conference, called the fires “an attack on our God and our religion.”

“In my career, I have never seen such a spiritual mission that has come home so quickly,” said Browning, who noted that Matthews’ arrest was quick in part because “we felt that other crimes were imminent.”

Nestle pledges free water for Flint through much of summer

A bottled water company says it will keep free water flowing in Flint through August.

The effort started in May 2018 after then-Gov. Rick Snyder stopped supplying water. Nestle predicted Wednesday that more than 6.5 million bottles will have been donated by the end of August.

Flint’s water quality has greatly improved since lead contaminated the system in 2014 and 2015 . But tap filters are recommended, and some residents simply don’t trust the water. Crews, meanwhile, are replacing lead or galvanized steel water lines throughout the city.

The Michigan Department of Health and Human Services is looking into two cases of “possible hospital-associated Legionnaire’s disease” at McLaren-Flint hospital.

But the hospital vehemently disagrees with the state’s findings and says other sources of the illness have not been ruled out.

Other than those patients having received care in the hospital, McLaren maintains that there is nothing that directly connects those cases to McLaren-Flint.

The state called out the hospital as a possible source for these newly reported cases of Legionnaires’, which is a form of pneumonia caused by the legionella bacteria. The bacteria occurs naturally in water and proliferates in warm, enclosed environments.

McLaren has been locked in a dispute with the state since the deadly Legionaires’ disease outbreak of 2014 to 2015 during the Flint water crisis. Both sides differ on the situation.

In a letter to Chad Grant, CEO of McLaren-Flint hospital, the state says “review of water testing results demonstrated anomalies,” including the presence of legionella bacteria “in the performance of secondary treatment systems” at the hospital.

Citing state laws, the Michigan Department of Health and Human Services has ordered the hospital to provide a water management plan and monitoring schedule, as well as the hospital’s response to positive cases of Legionnaires’ disease.

Grant responded with a letter saying that despite a Feb. 21 meeting where re-engaging in a collaborative and cooperative process for a new public health assurance agreement was the intent, the actions since then indicate to McLaren-Flint that there is no room for collaboration.

Grant’s letter goes on to say the Centers for Disease Control and Prevention and Genesee County Health Department representatives expressed satisfaction with McLaren’s approach when the state’s team studied the water program in February and March of this year.

Regarding the order to provide current and future information, McLaren says the law does not authorize state regulators to order those actions but to only collect existing data.

McLaren still listed responses to the state’s request and state officials currently are reviewing it.