What the f’ are the Dems gonna do with Biden? If you’re in the same echo chambers as me, you know about the triggering interview on Katie Halper’s show already so like… are they really gonna parade an incoherent rapist around to represent liberalism?

And actually expect support from the left?
Is that even the right question?
Considering that in larger numbers, left held their noses and voted for a third Clinton administration over Trumplestiltskin more so that Clinton supporters in 2008 voted for Obama.

Let’s make the context very clear. Especially for your partisan voters of whom choose to be horrible surrogates online. You’ve blamed us on false premise for your 2016 loss every step of the way to this moment when you really lost because you couldn’t get the electoral college.

Now over that time, you’ve done nothing to get those working class votes back, plus you’ve alienated your left flank… on purpose, it seems.

Now you’re bound to lose the electoral college again along with potential losing some big city left leaning votes at the individual level.

You had the time and energy to denounce and shut this Biden sh*t down push Nerdy Hilary (Warren) but instead you pretended that Robert O’Rourke was some serious candidate. You actually made up f’ing dances and sh*t for some mayor that speaks with a Klanish accent, has a racist background and the word ‘Butt’ embedded in his name.

You pretended a cop with a majority European and Indian lineage was our homegirl, sistagirl, keepin real and smoking a blunt to 2pac music in the 80’s. Remember how much time and energy you wasted on that?

Remember how you heard a story that one of the candidates “knows stuff” and even they had a rep winning the Stapler Toss Competition, zero charisma and was also an obvious joke candidate but you were sure this campaign would gain some Klomentum, didn’t you(?).

Let’s not forget how you rallied around that clown, Cory (Charter Schools) Booker. Really? That was your guy? The one that joined a vote against folks getting cheaper medicine from Canada; Prompting people to re-share the video of him promising to take care of insurance companies at a fund raiser.

And what was the deal with that Bloomberg sh*%?
Y’all was really ready to stand tall behind the Stewart Little of sexual harassment because Our Misogynist Billionaire Is Better Than Yours.

Tom Steyer??????????????
What? The? F*%#? washeevendoingthere?!
Could you imagine that sweaty geekwad on the debate stage against belligerent azz Donald?
He would just make Tommy Boy try on a little coat and punch himself in the face until he concedes.

Peter Yang… I know. My lefties are like, Not the Yangster!

Yes. That was also a bullsh*% joke of a campaign and you knew it the whole time. UBI is not a new topic on the left and NO, he didn’t make it mainstream. Furthermore; what have we been pointing out? Using it to replace assistance folks already NEED puts them further in the hole when it’s just a little azz 1,000 a month. Ask a parent of a wee one what them child care bills be looking like. But I get it though. The liberals like grandstanding on diversity so you did the hokey pokey with someone of a different demographic for a few shakes and then got back to business.

The business of losing.

So now. With all that context of which isn’t even heavily fleshed out, your party seems ready, set and go to toss your superdelegates at Biden and run with him.

Alright. You do that, but without the support of workers you’ve been alienating since the 70’s. (Currently) Blue State leftists that aren’t in your party but have been helping you with our votes you refuse to earn. You’re going to do this when there are survivors out that just heard the story of his victim from 1993.

YOU’RE GOING TO DO THIS WITHOUT PEOPLE OF WHOM ARE DISGUSTED WITH HIM BRAGGING ABOUT BL*CK CHILDREN RUBBING HIS LEGS IN A POOL.

So guess who’s less likely to come out and vote?
I’m guessing, it’s pragmatic, careful, thoughtful people that want to be personally and socially responsible.

I would also guess that those more likely to come out and vote during a pandemic are the type of people to also be partying and generally flippant about the pandemic right now.

Out of those two groups, I’m guessing latter is red hatters.

The Secretary of the Senate has informed former Vice President Joe Biden that it has “no discretion to disclose” the existence of former aide Tara Reade’s complaint of sexual assault against the then-senator in 1993.

Biden gave his first media interview Friday denying Reade’s allegation that he pushed her against a wall and sexually assaulted her in 1993 when she worked for him.

On Friday, he wrote to Secretary of the Senate Julie Adams asking “that you take or direct whatever steps are necessary to establish the location of the records of this Office, and once they have been located, to direct a search for the alleged complaint and to make public the results of this search.”

The office in a statement provided to The Hill said the Senate legal counsel had advised the “Secretary has no discretion to disclose any such information as requested in Vice President Biden’s letter of May 1.”

Reade said she filed a complaint with the Senate 27 years ago alleging sexual assault and raising concerns about possible retaliation but admitted over the weekend that she’s not sure what precise language she used. 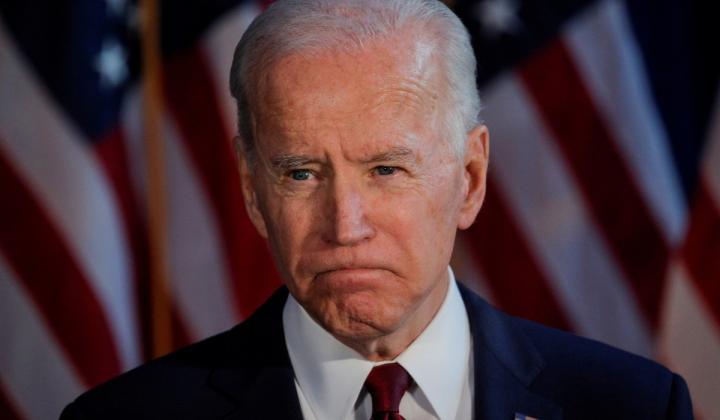 Joe Biden Is in Real Trouble

On the menu today: Impeachment ends, just as the Democratic presidential primary starts to get really bizarre and unpredictable. Wait, the Democrats Have to Nominate Somebody, Right? As discussed a b…

On the menu today: Impeachment ends, just as the Democratic presidential primary starts to get really bizarre and unpredictable.

Wait, the Democrats Have to Nominate Somebody, Right?

As discussed a bit on the latest edition of The Editors podcast, the Democratic presidential primary is surprisingly, weirdly, unpredictably wide open.

Joe Biden is not quite toast, but he’s in real trouble. Since the Iowa results started dribbling out, many folks have been saying that Biden looked like a paper tiger from the beginning. But that doesn’t quite ring true, because he managed to remain the national frontrunner throughout 2019. A lot of the other Democratic presidential candidates jumped into the race and calculated that at some point, Biden’s support would collapse, and non-Sanders, non-Warren voters would be looking for a new option. Biden managed to endure shaky debate performances, “meh” fundraising, all kinds of slings and arrows, and remain the polling frontrunner . . . right up until the moment Democrats started actually voting.

If this is the long-predicted and long-awaited genuine Biden collapse, the former vice president managed to hold it off until the worst possible time for the party. If you’re a Democrat who was happy with the Obama years and just want to get back to something like that, you might have been interested in someone such as Cory Booker. Or perhaps Kamala Harris had that one-foot-in-the-establishment, one-foot-in-the-progressive-grassroots balance. Julian Castro seemed to be one step to the left of the Obama agenda, but he served in Obama’s administration and clearly wanted to be seen as the Latino successor to the Obama model. Steve Bullock, Jay Inslee — there were a bunch of Democratic candidates who never quite got there because a lot of the voters most inclined to be interested in supporting them were already locked in on the Biden bandwagon.

Payday Lenders Are Charging Up to 780% Interest Amid Coronavirus Panic 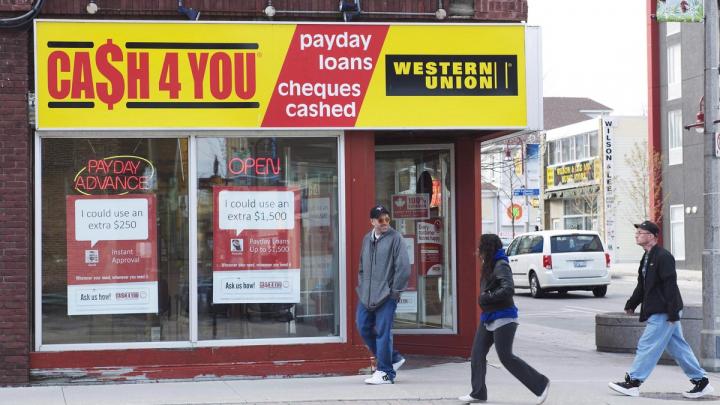 Ten years ago, Rori took out her first payday loan. Then 29, she was living in social housing in Toronto and needed a couple hundred dollars. “In the beginning it was great. It was really easy to get…

Ten years ago, Rori took out her first payday loan. Then 29, she was living in social housing in Toronto and needed a couple hundred dollars.

“In the beginning it was great. It was really easy to get the payday loan when I needed money between paycheques and I could pay them back on my next payday,” said Rori, whose last name has been omitted to protect her privacy.

A decade later, having had to support her mom who became ill with cancer, her loans from payday lenders have multiplied and ballooned. Now, as someone who was working in the food services industry before the coronavirus pandemic, the former chef and fast-food attendant has found herself suddenly unemployed—and has collection agencies after her for the $6,300 she still owes to three payday lenders.