Elizabeth Warren and Bernie Sanders to be frozen out of Biden cabinet, report says 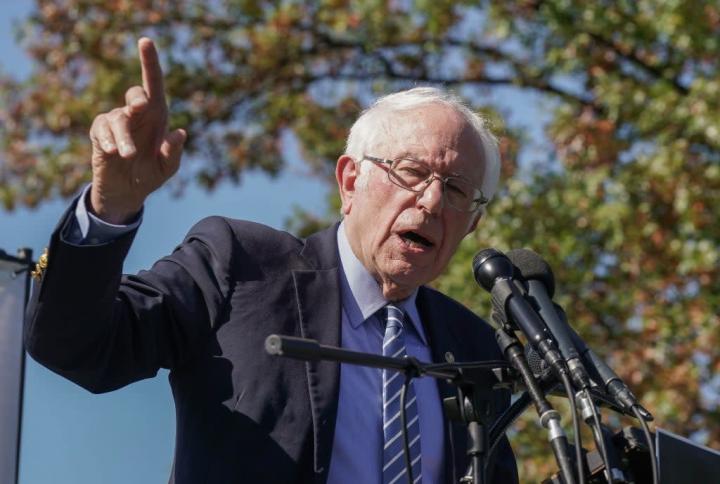 Left-wing politicians Elizabeth Warren and Bernie Sanders are reportedly set to be frozen out of president-elect Joe Biden’s cabinet amid concerns the party could lose more seats in upcoming elections.

Democrats clung onto their House majority but lost five seats while Republicans picked up six and secured their majority in the Senate, barring a major upset in Georgia’s runoff election.

Each side of the party is blaming the other for the poor results, which came after four years of White House chaos under Donald Trump. Left-wing Democrats say the party’s offer on progressive causes was not strong enough.

Anger has been fomenting within the party in recent days and centrist Democrats say that with Mitch McConnell remaining as Senate majority leader, the party can not afford to appoint figures viewed as socialists.

And those sitting in the upper chamber privately acknowledge that Mr Sanders, Vermont senator, who is registered as an Independent, and left-wing Democrat Elizabeth Warren, Massachusetts senator, have been ruled out of filling top cabinet spots, according to Politico.

“The Biden administration has to be a lot more sensitive of where you come from if you’re looking at members of Congress,” Gerry Connolly, representative for Virginia’s 11th congressional district told the publication. “We cannot afford to put any seats in jeopardy.”

House Democrats, weary of their small advantage, are reluctant to bet on a competitive election next year, which could slash their majority even further.

President-elect Biden has suggested he could name a few cabinet nominees before Thanksgiving as he presses ahead with his transition plans, despite the outgoing president refusing to admit defeat.

Delaware senator and long-time Biden ally Chris Coons is rumoured to be among the favourites to take the secretary of state job, the top role within the cabinet. But he has so far remained coy on his chances.

Senator Coons is viewed by Biden as someone who can reach across the floor and get business done, a skill set that could prove vital to the incoming administration.

“If he surprises me by asking me to consider serving in his Cabinet, I’d be honoured to do so,”  senator Coons said in response to the speculation. “But I could also understand how he might say, ‘Look, we’re at a moment where folks who can deliver on bipartisanship in the Senate are at a premium, and I need you to stay there.’”

Meanwhile, Mr Biden has vowed to press ahead with getting “right to work” and downplayed the outgoing president’s refusal to face the inevitable.

He described Mr Trump’s position as little more than an “embarrassing” mark on his legacy, while predicting that Republicans on Capitol Hill would eventually accept the reality of Biden’s victory. The Republican resistance, Mr Biden said, “does not change the dynamic at all in what we’re able to do”.

Additional intelligence briefings “would be useful,” he added, but “we don’t see anything slowing us down”.

The measured comments come as Mr Biden prepares to confront duelling national crises that actively threaten the health, safety and economic security of millions of Americans irrespective of the political debate.

Coronavirus infections, hospitalisations and deaths are surging, the economy faces the prospect of long-term damage, and the nation’s political and cultural divides may be worsening.

Bernie Sanders’ son says both parties are ‘totally out of touch’

Tlaib lashes out at centrist Dems over election debacle: ‘I can’t be silent’

In a scathing memo, progressives say centrists are playing into Republicans “divide-and-conquer racism.” 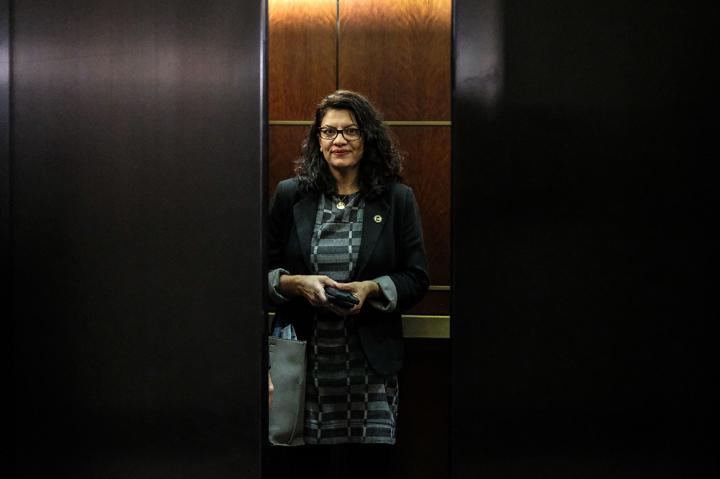 The recall campaign against Mayor Dan Holladay was on Tuesday.

A Democratic attorney urged students to leak vague allegations against Morse to Politico, the students told an internal party investigator From J20 to Black Lives Matter, the Trump administration is using inflated federal charges to expand repression of dissent.